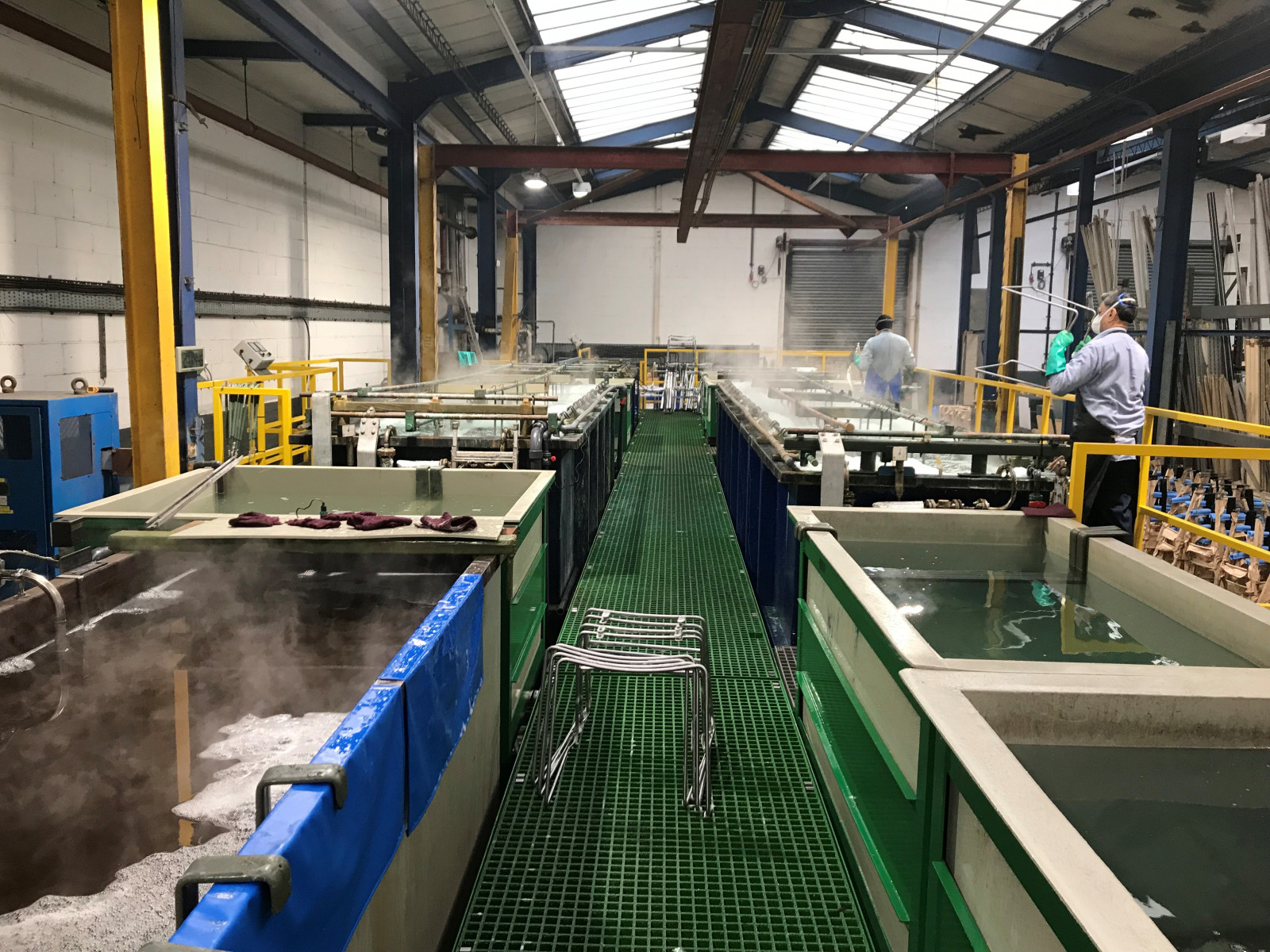 Birmingham based metal polishing providers Goodband Polishing have tackled many challenges since opening in 1970.

With the recent announcement of the UK recession, Brexit just to name a few, one of the biggest hurdles was the demolition of their facility in Perry Barr. However, thanks to a loyal customer base and manufacturer Savekers Solutions, Goodband was able to continue production and supply to their customers from a new facility.

2018 brought about some saddening news for Goodband Polishing when they discovered their facility was named to be demolished, the challenge came about when Birmingham City Council announced that redevelopment in Perry Barr would see a school replace some of the buildings in the area, as part of development for the council to host the Commonwealth Games.

Mark Goodband, Managing Director at Goodband Polishing was determined to relocate their services in order to carry on with their business. However, another challenge was on the horizon, as the company’s plating supplier and major customer announced its closure.

Mark explained: “The two major challenges we were presented with were if we did find a new facility, could we polish only without a plater? How could we get a new supplier to continue plating? The customer's requirement had always been a finished plated product.”

“The existing plater Midland Chromium Plating, which was to close, became the first ally in the effort to help Goodband and some of its own staff who were to be made redundant. With help from Midland Chromium Plating’s Managing Director, I was introduced to their main customers, for whom I had been the sub-contract polisher, so I was well known and had met most of the customers previously but this was a new venture.”

“The customers were all keen to keep the same supply chain for their plated finishes as the relationships had been built over decades and the finish and turnaround were well established.”

“So, the client base was there in theory, as long as I could get the work finished to the existing standard and that I would be fully responsible for the quality and invoicing so that in fact the customers had the service, they had previously experienced from Midland Chromium Plating with Goodband.”

The search began with Mark approaching electroplaters,  he had known over the years, but the need for a polishing area and very large plating vats lead to the same answer “love to help but unfortunately, we have not the size and capacity MCPC had to plate the range of products in question”

Mark then widened the search to people who had in-house plating facilities, but as part of their business and not as commercial Chromium Platers.

It was at this point,  Mark visited Savekers Solutions who he had worked for on a polishing basis over many years, and had known the Managing Director for a very long time.

After explaining exactly where Goodband Polishing was at, with the customers willing to provide work for the new venture, Savekers decided to see whether it was physically possible and a viable proposition to redesign the facility they were using to cope with the core work involved.

At this point it became apparent for Mark that things were possible and with 100 % effort and backing from all at Savekers,  Goodband decided to push on, Savekers drew up plans for the plant, MCPC helped by allowing them to cherry-pick some of the equipment and Savekers were able to take on some of MCPC workforce.